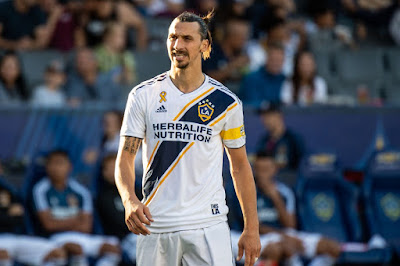 I don’t think that you can score a spectacular a goal as those of Zlatan in a video game — even though these games are very realistic these days.

It’s true I don’t know much about the players here, but they definitely know who I am.

I can play in the 11 positions because a good player can play anywhere on the pitch.

We’re looking for an apartment. If we don’t find anything, then I’ll probably just buy the hotel.

Zlatan Ibrahimovic Quotes Approach me in the Street

It is nice when people recognize me and approach me in the street. Anyone who says they don’t like that is lying.

Come over to my house with your sister, baby, and I’ll show you who’s gay!

I like fireworks too, but I set them off in gardens or kebab stands. I never set fire to my own house.

Come to my house and you’ll see if I’m gay. And bring your sister.

That’s how it is with the English: if you score against them you’re a good player; if you don’t, you’re not.

I don’t need the Ballon d’Or to know I’m the best. It matters more to some players

At Barca, players were banned from driving their sports cars to training. I thought this was ridiculous – it was no one’s business what car I drive – so in April, before a match with Almeria, I drove my Ferrari Enzo to work. It caused a scene.

I am very proud. It is always fun to win such a prize, to be chosen as Sweden’s best player a certain year.

Arsenal could have happened, as everybody knows, but I would not do a trial. Who do you think regrets that more – Arsene Wenger or Zlatan?

England is a very strong league, with three or four of the best teams in Europe, but, if I had played there, I would have destroyed it, like I have everywhere else.

Arsene Wenger asked me to have a trial with Arsenal when I was 17. I turned it down. Zlatan doesn’t do auditions

You don’t need a team leader, you need quality.

You always need something to complain about. And if you can’t come up with anything better, you come along with team leaders. I don’t believe in this chitchat.

England is a very strong league, with three or four of the best teams in Europe, but, if I had played there, I would have destroyed it, like I have everywhere else.

An injured Zlatan is a pretty serious thing for any team.

When you buy me, you are buying a Ferrari. If you drive a Ferrari you put premium petrol in the tank, you hit the motorway and you step on the gas. [Pep] Guardiola filled up with diesel and took a spin in the countryside. He should have bought a Fiat.

I am very proud. It is always fun to win such a prize, to be chosen as Swedens best player a certain year.

I like Balotelli: he’s even crazier than me. He can score a winner, then set fire to the hotel.