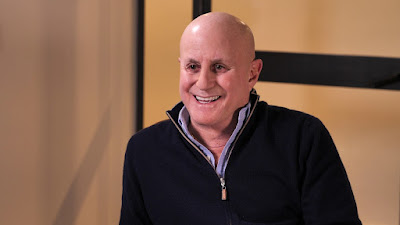 I think that people will always want music; I think that the form that they will get it in, or distributed to them from, and the price they pay for it is what’s up in question.

The weak either improved or got swallowed up. I think that is good for the economy.

But we’re not God. We’re humans, and at the end of the day we have to march to the beat of a certain kind of drum. And if you step outside too far into thinking you’re some sort of deity that can transcend law and order, then you’ve crossed a line.

I never got real satisfaction out of the good ones, and I used to get really annoyed with the bad ones, so I just stopped reading them all.

The reality is that I surround myself with very smart, very strong people – including my ex-wives.

I was always fascinated by the decision-making process and the managerial process and just business in general.

The concept of a ‘hostile transaction’ is really a misnomer. Because you can’t buy something unless the owner wants to sell it. Now, it might be hostile to the management, who don’t want to lose their jobs or don’t want to work for somebody else, but every deal that gets done by definition is a friendly deal.

I was always fascinated by the decision-making process and the managerial process and just business in general. So every opportunity I had to hang around with him, I did.

I believe that God plays this enormous role in my life. And I believe that it’s my obligation to give back and to follow the rules that were set. And it also gives me an enormous sense of my own place.

He let me work on my own to a far greater extent than I should’ve been – just to learn as I was making my own mistakes.

He’s very good at his job. He’s a very clear thinker. He was a great believer in decision-making. Making decisions.

I have always loved business…

You can be a control freak only when you have weak people around you.

They had three businesses. One was like 15 stores and malls called Hatfield’s [with] a wholesale business and lease departments at primarily Wal-Mart. I didn’t want to be in the jewelry business. So the first thing I did was sell the mall retail stores to People’s Drug in Toronto, Canada. So I sold that, and the day it was announced in the Wall Street Journal I got a call from Sam Walton. And he said, ‘This is Mr. Sam, I understand you just bought my lease departments.’ I said, ‘Yes, sir, I did.’ He said, ‘I’d like to meet you.’ So I said, ‘Sure, when would be convenient?’ So he says, ‘How about tomorrow morning?’ So I flew out to Arkansas, and we had breakfast at his Holiday Inn. And we got along very, very well. And I met him probably a dozen other times while we owned the stores. They were a profitable sector. And he said to me one day at a meeting, ‘I know you want to get out of this business one day. When you’re ready, call me up.’ So a few months later I called him up, and it just worked beautifully. That investment created my relationship with Wal-Mart. And from that we have been very, very close. Today they’re 40% of our business. Department stores are zero. And they’ve just been the greatest partner in the world. They have made, single-handedly, America more efficient.

I just was fascinated by the dynamics of business.

You can only be a control freak when you have weak people around you.

Any time there’s a lot of pressure, it’s life and death, you go toward this very dark kind of humor. Soldiers do it. Cops do it.

Everything today is speed, and there is always somebody else working on something better.

If someone comes into your house and does fked-up things to your kids and your wife, you’re going to be capable of things you never imagined. Because it’s in there. It might be lying dormant, but it’s there.

I was the night foreman of a galvanizing factory, which is hot and smelly and dirty and miserable.