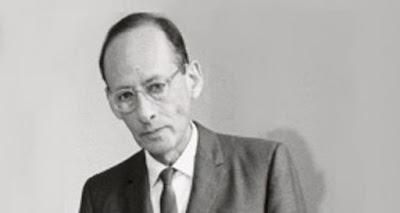 The successful investor is usually an individual who is inherently interested in business problems.

Even in those earlier times, finding the really outstanding companies and staying with them through all the fluctuations of a gyrating market proved far more profitable to far more people than did the more colorful practice of trying to buy them cheap and sell them dear.

It is my observation that those who sell such stocks to wait for a more suitable time to buy back these same shares seldom attain their objective. They usually wait for a decline to be bigger than it actually turns out to be.

Investors have been so oversold on diversification that fear of having too many eggs in one basket has caused them to put far too little into companies they thoroughly know and far too much in others which they know nothing about.

It is not the profit margins of the past but those of the future that are basically important to the investor.

Practical investors usually learn their problem is finding enough outstanding investments, rather than choosing among too many.

The successful investor is usually an individual who is inherently interested in business problems.

One, which I mention several times elsewhere, is the need for patience if big profits are to be made from an investment. Put another way, it is often easier to tell what will happen to the price of a stock than how much time will elapse before it happens. The other is the inherently deceptive nature of the stock market. Doing what everybody else is doing at the moment, and therefore what you have an almost irresistible urge to do, is often the wrong thing to do at all.

History has shown that in every age and in every field of human knowledge, many of the views which almost everyone accepted as true and never bothered to think about further, were in time proven completely wrong.

Of one thing the investor can be certain: A large company’s need to bring in a new chief executive from the outside is a damning sign of something basically wrong with the existing management – no matter how good the surface signs may have been as indicated by the most recent earnings statement.

Investors… had best stay away from low profit-margin or marginal companies.

The true investment objective of growth is not just to make gains but to avoid loss.

Companies that have failed to go uphill have invariably gone downhill…

My mistake was to project my skill beyond the limits of experience. I began investing outside the industries which I believe I thoroughly understood, in completely different spheres of activity; situations where I did not have comparable background knowledge.

The bigger a company is, the harder it is to manage efficiently.

Of one thing the investor can be certain: A large company’s need to bring in a new chief executive from the outside is a damning sign of something basically wrong with the existing management – no matter how good the surface signs may have been as indicated by the most recent earnings statement.

I had made what I believe was one of the more valuable decisions of my business life. This was to confine all efforts solely to making major gains in the long-run.

Through the entire twentieth century, with a single exception, every time major war has broken out anywhere in the world or whenever American forces have become involved in any fighting, whatever, the American stock market has always plunged sharply downward.

We have almost certainly not conquered the business cycle. We may not even have tamed it.

Paying a fancy price for something… because of too favorable interpretation of basic facts, is the investment fad of the moment.

At the condition of actual fighting most stocks were selling at levels vastly higher than prevailed before there was any thought of war at all.

The best research team in the world can become nothing but a liability if it develops only products that cannot be readily sold.

Only by growing better can a company be sure of not growing worse.

In the stock market a good nervous system is even more important than a good head.

Examine factually and analytically the prevailing financial sentiment about both the industry and the specific company of which he is considering buying shares. If he can find an industry or a company where the prevailing style or mode of financial thinking is considerably less favourable the actual facts warrant, he may reap himself an extra harvest by not following the crowd.

Practical investors usually learn their problem is finding enough outstanding investments, rather than choosing among too many.

I had made what I believe was one of the more valuable decisions of my business life. This was to confine all efforts solely to making major gains in the long-run.

If the growth rate is so good that in another ten years the company might well have quadrupled, is it really of such great concern whether at the moment the stock might or might not be 35% overpriced?

I remember my sense of shock some half-dozen years ago when I read a recommendation to sell shares of a company … The recommendation was not based on any long-term fundamentals. Rather, it was that over the next six months the funds could be employed more profitably elsewhere.

To the extent that the general level of stock prices affects the total picture, it also depends somewhat on correctly estimating coming changes in certain purely financial factors, of which interest rates are by far the most important.

The more things change, the more they remain the same.

The conservative investor must be aware of the nature of the current financial – community appraisal of any industry in which he is interested.

When profit margins of a whole industry rise because of repeated price increases, the indication is not a good one for the long-range investor.

If an investor had bought at the absolute lows, it would have been more a matter of luck than anything else.

Usually, a very long list of securities is not a sign of the brilliant investor, but of one who is unsure of himself.

Every significant price move of any individual common stock in relation to stocks as a whole occurs because of a changed appraisal of that stock by the financial community.

The stock market is filled with individuals who know the price of everything, but the value of nothing.