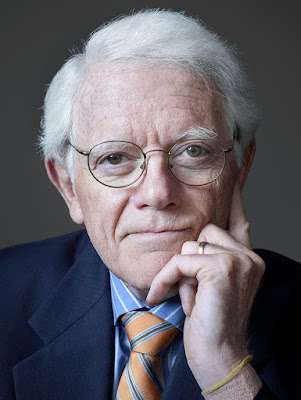 I talk to hundreds of companies a year and spend hour after hour in heady pow-wows with CEO’s, financial analysts and my colleagues in the mutual-fund business, but I stumble onto the big winners in extracurricular situations, the same way you do.

Logic is the subject that has helped me most in picking stocks, if only because it taught me to identify the peculiar illogic of Wall Street. Actually Wall Street thinks just as the Greeks did. The early Greeks used to sit around for days and debate how many teeth a horse has. They thought they could figure it out just by sitting there, instead of checking the horse. A lot of investors sit around and debate whether a stock is going up, as if the financial muse will give them the answer, instead of checking the company.

The list of qualities (an investor should have) include patience, self-reliance, common sense, a tolerance for pain, open-mindedness, detachment, persistence, humility, flexibility, a willingness to do independent research, an equal willingness to admit mistakes, and the ability to ignore general panic.

Never invest in a company without understanding its finances. The biggest losses in stocks come from companies with poor balance sheets.

What makes stocks valuable in the long run isn’t the market. It’s the profitability of the shares in the companies you own. As corporate profits increase, corporations become more valuable and sooner or later, their shares will sell for a higher price.

It’s human nature to keep doing something as long as it’s pleasurable and you can succeed at it, which is why the world population continues to double every 40 years.

The natural-born investor is a myth.

Behind every stock is a company. Find out what it’s doing.

When stocks are attractive, you buy them. Sure, they can go lower. I’ve bought stocks at $12 that went to $2, but then they later went to $30. You just don’t know when you can find the bottom.

Owning stocks is like having children don’t get involved with more than you can handle.

All the math you need in the stock market you get in the fourth grade.

Average investors can become experts in their own field and can pick winning stocks as effectively as Wall Street professionals by doing just a little research.

There is always something to worry about. Avoid weekend thinking and ignoring the latest dire predictions of the newscasters. Sell a stock because the company’s fundamentals deteriorate, not because the sky is falling.

If you hope to have more money tomorrow than you have today, you’ve got to put a chunk of your assets into stocks. Sooner or later, a portfolio of stocks or stock mutual funds will turn out to be a lot more valuable than a portfolio of bonds or CDs or money-market funds.