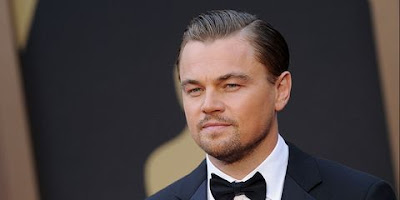 
We must all move shoulder to shoulder in a unified front to show this administration that the true majority of people are willing to vote for a cleaner environment and won’t back down.

Our oil-based society depends on non-renewable resources. It requires relentless probing into vast reaches of pristine land, sacrificing vital bioregions, and irreplaceable cultures. The possibility of catastrophic climate change is substantially increased by the 40 million barrels of oil burned every day by vehicles. We must all move shoulder to shoulder in a unified front to show this administration that the true majority of people are willing to vote for a cleaner environment and won’t back down.

I got everything I need right here with me. I got air in my lungs, a few blank sheets of paper. I mean, I love waking up in the morning not knowing what’s gonna happen or, who I’m gonna meet, where I’m gonna wind up. Just the other night I was sleeping under a bridge and now here I am on the grandest ship in the world having.

It’s not just global warming, it’s not just a loss of biodiversity, it’s not just the pollution of our oceans and the clearing of our rainforests and all these complicated systems, The [11th Hour] movie talks about the world economy, it talks about politics, it talks about personal transformation and environmental consciousness that we need to have in this generation to implement a lot of these changes that need to occur.

Rose, you’re no picnic, all right? You’re a spoiled little brat, even, but under that, you’re the most  amazingly, astounding, wonderful girl, woman that I’ve ever known…

We must set an example now and move environmentalism from being the philosophy of a passionate minority … to a way of life that automatically integrates ecology into governmental policy and normal living standards.

That’s the beauty of it. I wake up one day, I don’t know where I’m gonna’ end up or who I’m gonna’ meet.

champagne with you fine people. I figure life’s a gift and I don’t intend on wasting it. You don’t know what hand you’re gonna get dealt next. You learn to take life as it comes at you…to make each day count.

Without action, the best intentions in the world are nothing more than that: intentions.

There’s no nobility in poverty.

The easiest way to make money is something of such value that everybody wants and go out and give and create value, the money comes automatically.

(Acting) certainly comes-100 percent-from the need to be loved. Any actor who says this isn’t true is lying.

That diamond is my ticket out of this… godforsaken continent.

We thought we were fighting communism, but in the end it was all about who gets what, you know? Ivory, Oil, Gold… Diamonds. So one day I decided “F*** it,” ya know? “I’m gonna get mine.

I’m the king of the world!

Sometimes I wonder: Will God ever forgive us for what we’ve done to each other? Then I look around and I realize… God left this place a long time ago.

I wear the mask. It does not wear me.

I’ve been in the business since I was 16, so I’ve had a 14-year career. I’ve always had acting in my blood. Doing this, whatever it is, was something I was drawn to since my earliest memories. Ironically, I lived in Hollywood, but never understood that all it took was getting an agent and being persistent.

So, Moby tells me you looked over my African flesh and you were none too impressed, huh?

If you want to be rich, never give up. People tend to give up. If you have persistence, you will come out ahead of most people. More importantly, you will learn. When you do something, you might fail. But that’s not because you’re a failure. It’s because you have not learnt enough. Do it differently each time. One day, you will do it right. Failure is your friend.