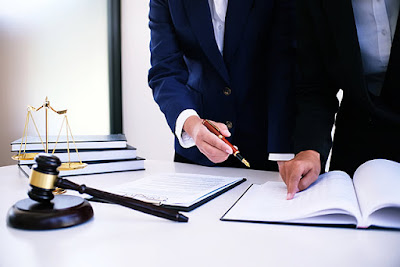 How lawyers make work for one another! You’re all priests, worshipping the same god. No wonder you adore one another.

The ablest lawyers are always associated with the biggest fees.

A good lawyer never give up, until he wants to, or until he gets what he wants.

A lawyer is an odd sort of fish, first rotten, then green, then ripe.

It is the trade of lawyers to question everything, yield nothing, and to talk by the hour.

I learned law so well, the day I graduated I sued the college, won the case, and got my tuition back.

Most of the dishonest lawyers are the product of dishonest clients the demand creates the supply.

Lawyers are like wine you can pay a lot of money for a fancy bottle that tastes like vinegar, or you can find a good deal that fits your budget and your palate alike.

The good lawyer is not the man who has an eye to every side and angle of contingency, and qualifies all his qualifications, but who throws himself on your part so heartily, that he can get you out of a scrape.

The lawyer’s pouch is a mouth of hell.

It is always the best policy to tell the truth, unless, of course, you are an exceptionally good lier.

This is a court of law, young man, not a court of justice. It’s not how innocent you are but how you put your case.

A good lawyer is a bad Christian.

Lawyers are like foxes, small and innocuous, but all the time stealthily sniffing the air.

Lawyers are the jackals of commerce.

It is unfair to believe everything we hear about lawyers. Some of it might not be true.

Lawyer – One skilled in the circumvention of the law.

The lawyer’s jest, the hired assassin’s trade.The average lawyer is essentially a mechanic who works with a pen instead of a ball peen hammer.

The law, as manipulated by clever and highly respected rascals, still remains the best avenue for a career of honourable and leisurely plunder.

If you don’t value your time, neither will others. Stop giving away your time and talents. Value what you know and start charging for it.

We educated, privileged lawyers have a professional and moral duty to represent the underrepresented in our society, to ensure that justice exists for all, both legal and economic justice.

A lawyer with his briefcase can steal more than a hundred men with guns.

If the laws could speak for themselves, they would complain of the lawyers in the first place.

Divorce lawyers stoke anger and fear in their clients, knowing that as long as the conflicts remain unresolved the revenue stream will keep flowing.

Lawyers are like paintersonce they get into a house, you never know when you will get rid of them again.

A Good Lawyers is A Bad Christian.

If There Were no Bad People, There Would be no Good Lawyers.

Lawyers are the only civil delinquents whose judges must of necessity be chosen from themselves.

Lawyers spend a great deal of their time shoveling smoke.

When the monetary damages are smaller, lawyers will find themselves less zealous in their pursuit of what they call justice.

Lawyers are doubters, skeptics; not in a bad sense. But they never know anything absolutely and utterly without qualifications or modifications.

Lawyers are always more ready to get a man into troubles than out of them.

Lawyers only Lie When their lips move

I have neither the scholar’s melancholy, which is emulation; nor the musician’s, which is fantastical; nor the courtier’s, which is proud; not the soldier’s which is ambitious; nor the lawyer’s, which is politic; nor the lady’s, which is nice; nor the lover’s, which is all these: but it is a melancholy of mine own, compounded of many simples, extracted from many objects, and indeed the sundry contemplation of my travels, which, by often rumination, wraps me in a most humorous sadness.

Let us kill all lawyers

The first thing we do, let’s kill all the lawyers.

I love good and caring lawyers who are advocates, who are defenders, who are problem-solvers, and who are peacemakers.

Quotes about Lawyers and Clients

The last word smelled of desperation, and the old lawyer sighed. ‘I can tell you that the law is an ocean of darkness and truth, and that lawyers are but vessels on the surface. We may pull one rope or another, but it is the client, in the end, who charts the course.

When in court, the primary role of lawyers is not to prove or disprove innocence; unbeknown to almost all lawyers and their clients, it is to save the court time.

The window is the reason the death row inmates go to the visiting room to see their lawyers and investigators. The lawyers think their clients want to see them. No, they want to see the window.

Compromise is the best and cheapest lawyer.

America is the paradise of lawyers.

Whoever tells the best story wins.

Hey, without lawyers, there would be no justice. So, respect them, because you’re going to need one sometime!

My decision to become a lawyer was irrevocably sealed when I realized my father hated the legal profession.

A lawyer is a gentleman that rescues your estate from your enemies and then keeps it to himself.

A good lawyer is a great liar.

He is no lawyer who cannot take two sides.

If there wasn’t a penalty for laughing in court, the jury would never be able to hear the evidence.

If you made a list of reasons why any couple got married, and another list of the reasons for their divorce, you’d have a hell of a lot of overlapping.

In every marriage more than a week old, there are grounds for divorce The trick is to find, and continue to find, grounds for marriage.

Lawyers Quotes Catcher in the Rye

Lawyers are alright, I guess — but it doesn’t appeal to me”, I said. “I mean they’re alright if they go around saving innocent guys’ lives all the time, and like that, but you don’t do that kind of stuff if you’re a lawyer. All you do is make a lot of dough and play golf and play bridge and buy cars and drink Martinis and look like a hot-shot. And besides, even if you did go around saving guys’ lives and all, how would you know if you did it because you really wanted to save guys’ lives, or because you did it because what you really wanted to do was be a terrific lawyer, with everybody slapping you on the back and congratulating you in court when the goddam trial was over, the reporters and everybody, the way it is in the dirty movies? How would you know you weren’t being a phony? The trouble is you wouldn’t.

To succeed in the other trades, capacity must be shown; in the law, concealment of it will do.

Heaven knows insanity was disreputable enough, long ago; but now that the lawyers have got to cutting every gallows rope and picking every prison lock with it, it is become a sneaking villainy that ought to hang and keep on hanging its sudden possessors until evil-doers should conclude that the safest plan was to never claim to have it until they came by it legitimately. The very calibre of the people the lawyers most frequently try to save by the insanity subterfuge ought to laugh the plea out of the courts, one would think.

They all laid their heads together like as many lawyers when they are getting’ ready to prove that a man’s heirs ain’t got any right to his property.

A good lawyer knows the law; a clever one takes the judge to lunch.

You wanna waste my time? Okay. I call my lawyer. He’s the best lawyer in Miami. He’s such a good lawyer, that by tomorrow morning, you gonna be working in Alaska. So dress warm.

Quotes on Lawyers Being Good

Discourage litigation. Persuade your neighbors to compromise whenever you can. As a peacemaker the lawyer has superior opportunity of being a good man. There will still be business enough.

Lawyers are men who will swear black is white if they are paid for it.

A good lawyer is a bad neighbour.

The only people who benefit from lawsuits are lawyers. I think we made a couple of them rich.

We are all honourable men here, we do not have to give each other assurances as if we were lawyers.

Lawyers can steal more money with a briefcase than a thousand men with guns and masks.

The lawyer with the briefcase can steal more money than the man with the gun.

Discourage litigation. Persuade your neighbours to compromise whenever you can. As a peacemaker the lawyer has superior opportunity of being a good man. There will still be business enough.

Discourage litigation. Persuade your neighbours to compromise whenever you can.