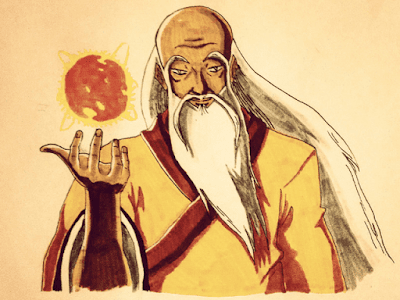 Highest good is like water. Because water excels in benefiting the myriad creatures without contending with them and settles where none would like to be, it comes closest to the way.

Love is of all passions the strongest, for it attacks simultaneously the head, the heart and the senses.

Most of the world’s religions serve only to strengthen attachments to false concepts such as self and other, life and death, heaven and earth, and so on. Those who become entangled in these false ideas are prevented from perceiving the Integral Oneness.

Mastering others is strength. Mastering oneself makes you fearless.

Because of a great love, one is courageous.

Governing a large country is like frying a small fish. You spoil it with too much poking. Centre your country in the Tao and evil will have no power. Not that it isn’t there, but you’ll be able to step out of its way. Give evil nothing to oppose and it will disappear by itself.

In the Way of Heaven, there is no partiality of love; it is always on the side of the good man.

Nothing in the world is as soft and yielding as water. Yet for dissolving the hard and inflexible, nothing can surpass it. The soft overcomes the hard; the gentle overcomes the rigid. Everyone knows this is true, but few can put it into practice. Therefore the Master remains serene in the midst of sorrow. Evil cannot enter his heart. Because he has given up helping, he is people’s greatest help. True words seem paradoxical.

Be Content with what you have; rejoice in the way things are. When you realize there is nothing lacking, the whole world belongs to you.

Don’t think you can attain total awareness and whole enlightenment without proper discipline and practice. This is egomania. Appropriate rituals channel your emotions and life energy toward the light. Without the discipline to practice them, you will tumble constantly backward into darkness.

A man’s excellence is like that of water; It benefits all things without striving; It takes to the low places shunned by men. Water is akin to Tao. In all the earth nothing weaker than water, yet in attacking the hard, nothing superior, nothing so certain in wearing down strength: There is no way to resist it. Note then: The weak conquer the strong, the yielding outlasts the aggressors.

Life is a series of natural and spontaneous changes. Don’t resist them; that only creates sorrow. Let reality be reality. Let things flow naturally forward in whatever way they like.

[The Master] doesn’t glitter like a jewel… [but is] as rugged and common as a stone.

integral wisdom involves a direct participation in every moment: the observer and the observed are dissolved in the light of pure awareness, and no mental concepts or attitudes are present to dim that light.

the integral being is attached to nothing and can relate to everyone with an unstructured attitude. Because of this, her very existence benefits all things.

Can you let go of words and ideas, attitudes and expectations? If so, then the Tao will loom into view.

Give evil nothing to oppose and it will disappear by itself.

Giving to others selflessly and anonymously, radiating light throughout the world and illuminating your own darkness, your virtue becomes a sanctuary for yourself and all beings.

A good traveller has no fixed plans and is not intent upon arriving. A good artist lets his intuition lead him wherever it wants. A good scientist has freed himself of concepts and keeps his mind open to what is.

Let things flow naturally forward in whatever way they like.

When the student is ready the teacher will appear.

Much knowledge will corrupt the heart, when partly understood, and so the people grow too smart, But neither wise nor good.

Those who know do not talk. Those who talk do not know.

Lao Tzu Quotes about Self

One who believes in himself has no need to convince others.

People aren’t against you; they are for themselves. The most dangerous risk of all – the risk of spending your life not doing what you want on the bet you can buy yourself the freedom to do it later. He who conquers others is strong, he who conquers himself is mighty.

The Way of the Sage is to act but not to compete.

When the effective leader is finished with his work, the people say it happened naturally.

If you want to accord with the Tao, just do your job, then let go.

By following this simple path, you become extraordinary, unfathomable, a being of profound cosmic subtlety. You outlive time and space by realizing the subtle truth of the universe.

A terrace nine stories high begins with a pile of earth.

Worlds and particles, bodies and beings, time and space: All are transient expressions of the Tao.

Leadership is your ability to hide your panic from others.

A good manager is best when people barely know that he exists. Not so good when people obey and acclaim him. Worse when they despise him.

A good traveller has no fixed plans, and is not intent on arriving.

When I let go of what I am, I become what I might be.

At the centre of you being you have the answer; you know who you are and you know what you want.

Water is the softest thing, yet it can penetrate mountains and earth. This shows clearly the principle of softness overcoming hardness.

If you wish to be out front, then act as if you were behind.

An ant on the move does more than a dozing ox.

The tree which needs two arms to span its girth sprang from the tiniest shoot. Yon tower, nine stories high, rose from a little mound of earth. A journey of a thousand miles begins with a single step.

Force is followed by loss of strength. This is not the way of the Tao. That which goes against the Tao comes to an early end.

Thus an army without flexibility never wins a battle. A tree that is unbending is easily broken.

Whatever is flexible and living will tend to grow; whatever is rigid and blocked will wither and die.