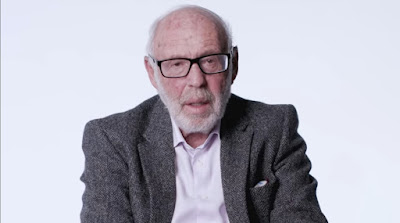 
Teaching math and science ought to be a professional activity in which those professionals are well-paid and happy to do that as a career.

I was always interested in math, even when I was a very little kid.

Past performance is the best predictor of success.

It’s supply and demand. If gold is discovered, then it gets harder to make money mining gold because everyone’s competing with you.

good atmosphere and smart people can accomplish a lot.

The things we are doing will not go away. We may have bad years, we may have a terrible year sometimes. But the principles we’ve discovered are valid.

It’s always nice to see your work picked up by someone else and carried on.

It’s difficult to run a business and be so consumed with another passion.

We treat these funds as instruments. But unlike the deutsche mark, managers change their character over time. It’s messier to model those time series, but it’s not impossible. We do our best.

I’ve always believed if there’s going to be a hit – take it and then go on about your business.

Once in a while the phenomena we exploit are particularly present. We like a reasonable amount of volatility. In our business we want some action.

I wasn’t the fastest guy in the world. I wouldn’t have done well in an Olympiad or a math contest. But I like to ponder. And pondering things, just sort of thinking about it and thinking about it, turns out to be a pretty good approach.

There’s no such thing as the goose that lays the golden egg forever.

Everything is to some extent a compromise. Not everything can be perfect.

Had nothing to do with mathematics. Happily, more things went for us than against us.

Inversion was the kiss of death. The fund was unhedged with respect to the yield curve.

I found this whole process of speculation quite interesting, in particular I had gotten interested in currencies.

I like big round numbers. The papers call me the $100 billion guy.

We have three criteria: If it’s publicly traded, liquid and amenable to modelling, we trade it.

We decided that systematic trading was best. Fundamental trading gave me ulcers.

We don’t want to give away our big secrets here.

They are less likely to accept an apparent winning strategy that might be a mere statistical fluke.

It was fun and successful. I’ve never really looked back… It was just a new leaf in the book.

I’m supposed to be retired. But I’m juggling a lot of things.

I’ve always felt like something of an outsider, no matter what I was doing.

We started to think about a whole new way to look at futures.

Our trading models actually tend to be contrarian often buying stocks recently out of favour and selling those recently in favour.

God gave me a tail to keep off the flies. But I’d rather have had no tail and no flies.

I thought it was the coolest thing – what a life, to go out at 2 a.m. with friends and do math over coffee. It seemed like the world’s greatest career

Patterns of price movement are not random. However, they’re close enough to random…

I used to have it in my house. My wife didn’t particularly like it.

We have been caught in what appears to be a large wave of deleveraging on the part of quantitative long/short hedge funds.

Size works against you in a fund like this.

While we believe we have an excellent set of predictive signals, some of these are undoubtedly shared by a number of long/short hedge funds.

In this business it’s easy to confuse luck with brains.

We have very high standards and it works. Our business is wonderful as a result.

Through high school, anything related to business seemed absurd to me.

A good atmosphere and smart people can accomplish a lot.

Some firms say they have models; what they typically mean is the model advises the trader what to do, and if he likes the advice he’ll take it and if he doesn’t like the advice he won’t take it.

I’ve always intended to retire in the next two years. I’ve been saying that for a long time. The two years is a constant.

We can’t create our own data… You just have to play the data as it plays.

We’re moving in the direction of collaborative, goal-driven science.

I always liked maths. When I was a little boy, I would think about numbers and shapes and even logic. And I was a kid who just liked thinking.

I want a guy who knows enough math so that he can use those tools effectively but has a curiosity about how things work and enough imagination and tenacity to dope it out.

I wanted to do mathematics from the time I was 3. Literally. I would think about numbers and shapes.

By high school I knew that I was going to be a scientist of some sort. But I just assumed mathematics.

We search through historical data looking for anomalous patterns that we would not expect to occur at random.

Signals generated by a series of proprietary predictive systems.