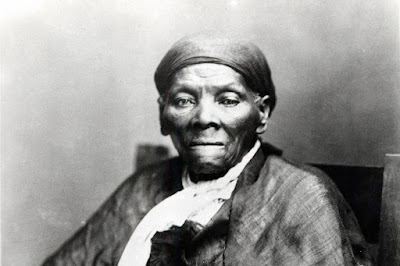 I started with this idea in my head, “There are two things I’ve got a right to, death or liberty.”

I would fight for my liberty so long as my strength lasted, and if the time came for me to go, the Lord would let them take me.

I had reasoned this out in my mind, there was one of two things I had a right to, liberty or death; if I could not have one, I would have the other.

I am at peace with God and all mankind.

Quakers are almost as good as colored. They call themselves friends and you can trust them every time.

I never ran my train off the track, and I never lost a passenger.

Marcus Garvey had in their times. We just had a more vulnerable enemy.

I grew up like a neglected weed – ignorant of liberty, having no experience of it.

Lord, I’m going to hold steady on to You and You’ve got to see me through.

I grew up like a neglected weed, ignorant of liberty, having no experience of it. Then I was not happy or contented: every time I saw a white man I was afraid of being carried away.

Most of those coming from the mainland are very destitute, almost naked. I am trying to find places for those able to work, and provide for them as best I can, so as to lighten the burden on the Government as much as possible, while at the same time they learn to respect themselves by earning their own living.

Twant me, ’twas the Lord. I always told him, ‘I trust to you. I don’t know where to go or what to do, but I expect you to lead me,’ and He always did.

I knew of a man who was sent to the State Prison for twenty-five years. All these years he was always thinking of his home and counting by years, months, and days, the time till he should be free, and see his family and friends once more.

Never wound a snake; kill it.

The Lord who told me to take care of my people meant me to do it just as long as I live, and so I did what he told me.

I looked at my hands to see if I was the same person. There was such a glory over everything. The sun came up like gold through the trees, and I felt like I was in heaven.

Pears like I prayed all the time, ’bout my work, everywhere, I prayed an’ groaned to the Lord.

Harriet Tubman Quotes about Dreams
In my dreams and visions, I seemed to see a line, and on the other side of that line were green fields, and lovely flowers, and beautiful white ladies, who stretched out their arms to me over the line, but I couldn’t reach them no-how. I always fell before I got to the line.

Every great dream begins with a dreamer. Always remember, you have within you the strength, the patience, and the passion to reach for the stars to change the world.

I had crossed de line of which I had so long been dreaming. I was free; but dere was no one to welcome me to de land of freedom, I was a stranger in a strange land, and my home after all was down in de old cabin quarter, wid de ole folks, and my brudders and sisters. But to dis solemn resolution I came; I was free, and dey should be free also; I would make a home for dem in de North, and de Lord helping me, I would bring dem all dere.

Harriet Tubman Quotes on Slavery
Slavery is the next thing to hell.

I had crossed the line. I was free, but there was no one to welcome me to the land of freedom. I was a stranger in a strange land.

I looked at my hands to see if I was the same person.

“I was the conductor of the Underground Railroad for eight years, and I can say what most conductors can’t say – I never ran my train off the track and I never lost a passenger.”