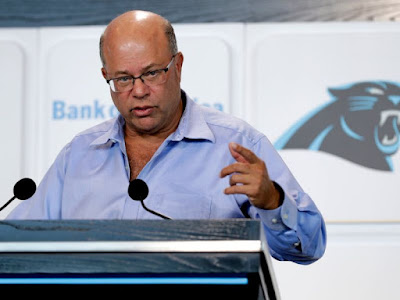 
It’s our contention that equity may be in the money, depending on where the liabilities lie.

Our biggest mistake was not realizing how illiquid markets could get so quickly.

Basically if I know that things were coming, if I got the right things out of Europe, I would invest in different things there,” he said. “I’d really invest more in Spain, but I’ve got to have the right things because if I don’t I’m going to get killed.

Those who keep their heads while others are panicking do well.

The key is to wait. Sometimes the hardest thing to do is to do nothing.

I left Goldman Sachs. I was thinking about going to another Wall Street place. I didn’t want to do that. That was crazy. After you work on Wall Street, it’s a choice: would you rather work at McDonald’s or on the sell side? I would choose McDonald’s over the sell side.

I have too much money to quit.

I am the animal at the head of the pack. … I either get eaten, or I get the good grass.

When we started Appaloosa, we were going to name it Pegasus because everyone was using Greek names. We filed the name. We paid $300, and they said you cannot use it because it is taken. Pegasus Funds. Then we said Pegasus is kind of a horse. We did not want to be the Unicorn Fund. So we pulled out a horse book.

I’m just a regular upper-middle-class guy who happens to be a billionaire.

But there is no logic to QE3 now and the only result might be more food and energy inflation.

It’s our contention that equity may be in the money, depending on where the liabilities lie.

I loved baseball. I lived and died for Roberto Clemente. I knew every player in the major league. You could pull a player’s card, and I could tell you the statistics.

I was never afraid to go back to Pittsburgh and work in the steel mills.

The more I make, the more I’ll give away.

We bet on the country’s revival.

I’m the animal at the head of the pack. I generally am.

It’s nice when you can buy cash when it’s cheaper than cash.

We keep our cool when others don’t. The point is, markets adapt. People adapt. Don’t listen to all the crap out there.

For better or worse we’re a herd leader. We’re at the front of the pack, we are one of the first movers. First movers are interesting, you get to the good grass first, or sometimes the lion eats you.

I think when it comes to decisions, I try not to be emotional. To drown out the noise and look at the important facts.

For 15, 17 years you had a river flowing one way, just flowing, you could just say money flow, reserves got up to $10-11 trillion around the world, sometime this year, you had the reserves flowing the other way what happens when you have two bodies of water flowing different ways? What do you get? You get turbulence, you get waves.

You’re trying to figure out that inflection point.