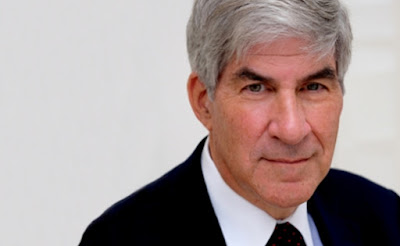 
The Heisenberg principle – If something is closely observed, the odds are it is going to be altered in the process. The more a price pattern is observed by speculators the more prone you have false signals; the more the market is a product of no speculative activity, the greater the significance of technical breakout

It has been great fun to find these manuscripts and pull them together into this collection. I trust that what we are doing at the school will make it possible for Julliard students and scholars to delve into the composition processes of these great composers and share them with the rest of the world.

I caught hold of the great bull market in soybeans in 1977. I had no idea what I was doing, incidentally.

Michael [Marcus] taught me one thing that was incredibly important… He taught me that you could make a million dollars. He showed me that if you applied yourself, great things could happen. It is very easy to miss the point that you really can do it.

Novice Traders trade 5 to 10 times too big. They are taking 5 to 10% risks on a trade they should be taking 1 to 2 percent risks.

Place your stops at a point that, if reached, will reasonably indicate that the trade is wrong, not at a point determined primarily by the maximum dollar amount you are willing to lose

At a certain point I realized that it would be better to make this collection available to the rest of the world rather than to keep it under a mattress.

Whenever I enter a position, I have a predetermined stop. That is the only way I can sleep. I know where I’m getting out before I get in. The position size on a trade is determined by the stop, and the stop is determined on a technical basis. I never think about other people who may be using the same stop, because the market shouldn’t go there if I am right

Fundamentalists who say they are not going to pay any attention to the charts are like a doctor who says he’s not going to take a patient’s temperature.

In 1983, I set up Caxton Corp. It’s been an interesting and happy ride since.

In a bear market, you have to use sharp countertrend rallies to sell.

If you don’t work very hard, it is extremely unlikely that you will be a good trader.

The first rule of trading – there are probably many first rules – is don’t get caught in a situation in which you can lose a great deal of money for reasons you don’t understand.

I started collecting just for the personal pleasure of being close to these icons of the greatest musical achievements in Western music.

The problem with developing expert systems for trading is that the “rules” of the trading and investment game keep changing. I have spent some time working with expert system developers, and we concluded that trading was a poor candidate for this approach, because trading decisions encompass too many types of knowledge, and the rules for interpreting the information keep changing.