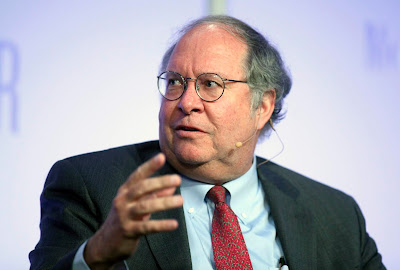 Our overall philosophy was to invest in permanent facilities rather than temporary facilities. We steered them in that direction so that we had something left at the end of the Olympics.

Time arbitrage just means exploiting the fact that most investors — institutional, individual, mutual funds or hedge funds — tend to have very short-term time horizons, have rapid turnover or are trying to exploit very short-term anomalies in the market. So the market looks extremely efficient in the short run. In an environment with massive short-term data over- load and with people concerned about minute-to-minute performance, the inefficiencies are likely to be looking out beyond, say, 12 months.

He’s for real. If you look up the definition of patriotism in the dictionary, his picture is there.

They were not happy with the debate and some of the bills that came out, so they’re showing their irritation … by running for the Legislature. It’s the great American way – if you don’t like it, change it.

Everyone tends to see the same things, read the same newspapers and get the same data feeds. The only way to arrive at a different answer from everybody else is to organize the data in different ways, or bring to the analytic process things that are not typically present.

In the last month, we have been extremely active in speaking to a wide range of potential customers.

These words are mine, I tell them to my boys. You have walked in my footsteps, and now you walk beside me, but eventually pass me by, so that I can see you in front of me.

That’s because he was man of deep thought and integrity. He thought giving away the taxpayers’ money to a large corporation was not in the best interest of the taxpayer.

We try to buy companies that trade at large discounts to intrinsic value. What’s different is we will look for that value anywhere we can. We don’t rule out technology as an area to look for value.

I know everybody down here. You live in a condo; you don’t even know the guy living across the hall from you.

Everything is different (for DeLay), and in a bad way. There is nothing good out there and it is an adverse situation to be operating in.