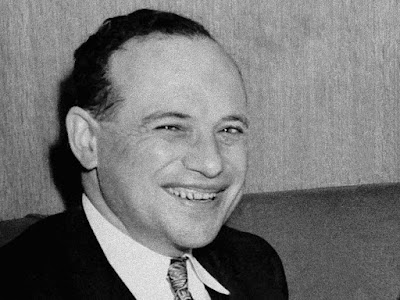 
Before you invest, you must ensure that you have realistically assessed your probability of being right and how you will react to the consequences of being wrong.

The chief losses to investors come from the purchase of low-quality securities at times of favourable business conditions.

One example of a high-tech company that submits to a Graham type of analysis is Amazon.com. Though it does business exclusively on the Web, Amazon is essentially a retailer, and it may be evaluated in the same way as Wal-Mart, Sears, and so forth. The question, as always, is, does the business provide an adequate margin of safety at a given market price. For much of Amazon’s short life, the stock was wildly overpriced. But when the dot-com bubble burst, its securities collapsed. Buffett himself bought Amazon’s deeply discounted bonds after the crash, when there was much fearful talk that Amazon was headed for bankruptcy. The bonds subsequently rose to par, and Buffett made a killing.

The best values today are often found in the stocks that were once hot and have since gone cold.

Though business conditions may change, corporations and securities may change, and financial institutions and regulations may change, human nature remains the same. Thus the important and difficult part of sound investment, which hinges upon the investor’s own temperament and attitude, is not much affected by the passing years.

The investor with a portfolio of sound stocks should expect their prices to fluctuate and should neither be concerned by sizable declines nor become excited by sizable advances. He should always remember that market quotations are there for his convenience, either to be taken advantage of or to be ignored.

By developing your discipline and courage, you can refuse to let other people’s mood swings govern your financial destiny. In the end, how your investments behave is much less important than how you behave.

In the short run the market is a voting machine, but in the long run it is a weighing machine.

The Interborough issues are an example of a rather special group of situations in which analysis may reach more definite conclusions respecting intrinsic value than in the ordinary case. These situations may involve a liquidation or give rise to technical operations known as “arbitrage” or “hedging.

we have complaints that institutional dominance of the stock market has put ‘the small investor at a disadvantage because he can’t compete with the trust companies’ huge resources, etc. The facts are quite the opposite. It may be that the institutions are better equipped than the individual to speculate in the market. But I am convinced that an individual investor with sound principles, and soundly advised, can do distinctly better over the long pull than large institutions.

To invest successfully over a lifetime does not require a stratospheric IQ, unusual business insights, or inside information. What’s needed is a sound intellectual framework for making decisions and the ability to keep emotions from corroding that framework.

In the financial markets, hindsight is forever 20/20, but foresight is legally blind. And thus, for most investors, market timing is a practical and emotional impossibility.

A great company is not a great investment if you pay too much for the stock.

Do not let anyone else run your business

An investment operation is one which, upon thorough analysis, promises safety of principal and an adequate return. Operations not meeting these requirements are speculative.

While enthusiasm may be necessary for great accomplishments elsewhere, on Wall Street it almost invariably leads to disaster.

The individual investor should act consistently as an investor and not as a speculator. This means. That he should be able to justify every purchase he makes and each price he pays by impersonal, objective reasoning that satisfies him that he is getting more than his money’s worth for his purchase.

To achieve satisfactory investment results is easier than most people realize; to achieve superior results is harder than it looks.

The sillier the market’s behaviour, the greater the opportunity for the business-like investor.

While a trend shown in the past is a fact, a “future trend” is only an assumption.

In other words, the market is not a weighing machine, on which the value of each issue is recorded by an exact and impersonal mechanism, in accordance with its specific qualities. Rather should we say that the market is a voting machine, whereon countless individuals register choices which are the product partly of reason and partly of emotion?

Abnormally good or abnormally bad conditions do not last forever.

Speculators often prosper through ignorance; it is a cliché that in a roaring bull market knowledge is superfluous and experience is a handicap. But the typical experience of the speculator is one of temporary profit and ultimate loss

Bond selection is primarily a negative art. It is a process of exclusion and rejection, rather than of search and acceptance.

By refusing to pay too much for an investment, you minimize the chances that your wealth will ever disappear or suddenly be destroyed.

Have the courage of your knowledge and experience. If you have formed a conclusion from the facts and if you know your judgment is sound, act on it – even though others may hesitate or differ.

An investor calculates what a stock is worth, based on the value of its businesses.

To see how much a company is truly earning on the capital it deploys in its businesses, look beyond EPS to Return on Invested Capital (ROIC).

An intelligent investor gets satisfaction from the thought that his operations are exactly opposite to those of the crowd.

People who invest make money for themselves; people who speculate make money for their brokers. And that, in turn, is why Wall Street perennially downplays the durable virtues of investing and hypes the gaudy appeal of speculation.

We have not known a single person who has consistently or lastingly make money by thus “following the market”. We do not hesitate to declare this approach is as fallacious as it is popular.

It is absurd to think that the general public can ever make money out of market forecasts.

The individual investor should act consistently as an investor and not as a speculator. This means … that he should be able to justify every purchase he makes and each price he pays by impersonal, objective reasoning that satisfies him that he is getting more than his money’s worth for his purchase.

The investor’s chief problem – and even his worst enemy – is likely to be himself.

Most of the time common stocks are subject to irrational and excessive price fluctuations in both directions as the consequence of the ingrained tendency of most people to speculate or gamble… to give way to hope, fear and greed.

The intelligent investor gets interested in big growth stocks not when they are at their most popular – but when something goes wrong.

Investing isn’t about beating others at their game. It’s about controlling yourself at your own game.

The defensive (or passive) investor will place chief emphasis on the avoidance of serious mistakes or losses. His second aim will be freedom from effort, annoyance, and the need for making frequent decisions.

Investment is most intelligent when it is most business-like.

In the short run, the market is a voting machine, but in the long run it is a weighing machine.

Benjamin Graham Quotes Price is What you Pay

Real investment risk is measured not by the percent that a stock may decline in price in relation to the general market in a given period, but by the danger of a loss of quality and earnings power through economic changes or deterioration in management.

No matter how careful you are, the one risk no investor can ever eliminate is the risk of being wrong. Only by insisting on what Graham called the “margin of safety” – never overpaying, no matter how exciting an investment seems to be – can you minimize your odds of error.

All the real money in investment will have to be made as most of it has been in the past not out of buying and selling but out of owning and holding securities, receiving interests and dividends therein, and benefiting from their long-term increases in value. Hence stockholder’s major energies and wisdom as investors should be directed toward assuring themselves of the best operating results from their corporations. This, in turn, means assuring themselves of fully honest and competent management.

Benjamin Graham Quotes From the Father of Investing

Wall Street people learn nothing and forget everything.

Most of the time common stocks are subject to irrational and excessive price fluctuations in both directions as the consequence of the ingrained tendency of most people to speculate or gamble to give way to hope, fear and greed.

Basically, price fluctuations have only one significant meaning for the true investor. They provide him with an opportunity to buy wisely when prices fall sharply and sell wisely when they advance a great deal. At other times he will do better if he forgets about the stock market.

The stock investor is neither right nor wrong because others agreed or disagreed with him; he is right because his facts and analysis are right.

The best way to measure your investing success is not by whether you’re beating the market but by whether you’ve put in place a financial plan and a behavioural discipline that are likely to get you where you want to go.

The essence of proper bond selection consists, … in obtaining specific and convincing factors of safety in compensation for the surrender of participation in profits.

The soundness of the best investments must rest not upon legal rights or remedies but upon ample financial capacity of the enterprise.